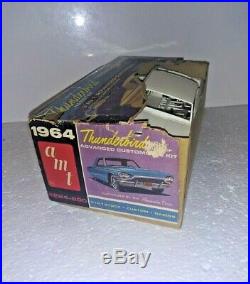 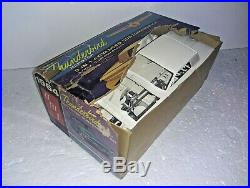 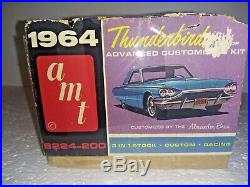 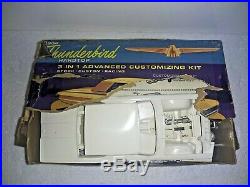 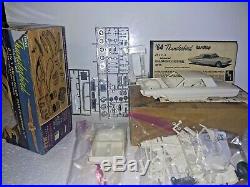 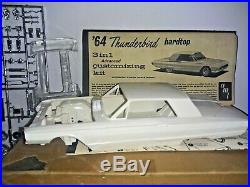 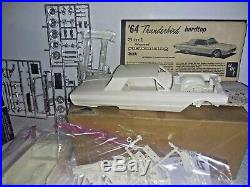 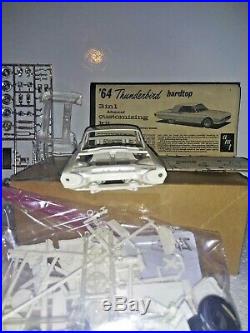 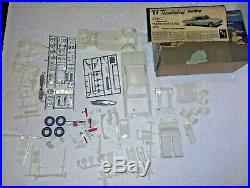 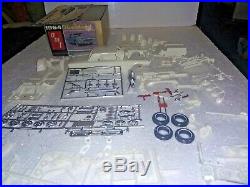 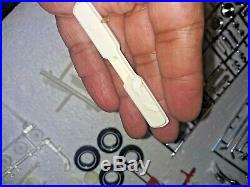 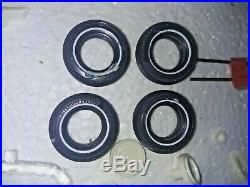 1964 THUNDERBIRD HARDTOP MODEL KIT 1/25 Scale. This model kit was found at a California estate and unfortunately this was opened by the previous owner. Don't know if the previous owner attempted to assemble the model but it was opened and some small pieces was removed from it's plastic frame. Instruction manual is in the box but it looks like bugs began to eat away at it so there are some small pin size holes and slightly bigger.

The box is in bad shape, half of the box is gone what you'll see in the pics was barley hanging on that I had to save it by putting tape on it, hated doing it but it really had to be done. Now the the kit inside looks really good! I was very surprised at how good the body of the car looks!

The only flaw on the main body is it has some scratch dents on the trunk. Also there is a small part piece that looks like it was melted slightly and the tires was near something warm that he white thin wall of the tire looks slightly melted too but all tires are still nice and round. Finally the other flaw I see is on the windshield... The windshield has some scratching on it. I think once the kit is built it will look cool, maybe not to pristine but cool.

I figured someone can build it as is and it'll look awesome or try and make something creative out of this, perhaps repurposed art. Please see my photos of the 1964 Ford T-Bird Model Kit Scale 1/25 to see condition of it.